The foundation’s principles are to discover the strength of cultural traditions, to discover the wisdom of the Elders, and to discover a philosophy of respect and love …for Nature; for Each Other; and for Ourselves.

The Rediscovery Foundation started in 1978 on the remote shores of the Queen Charlotte Islands (Haida Gwaii). 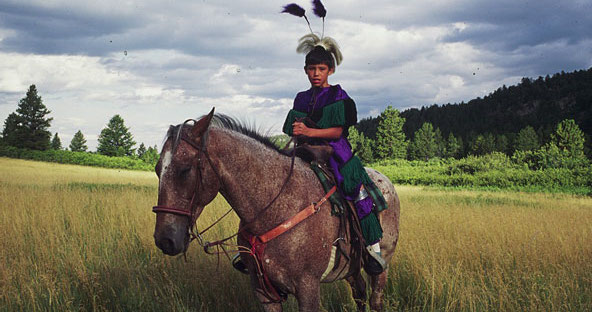 Challenged by substance abuse, juvenile delinquency, and many painful forms of family disruption, the local native and non-native communities set up a dynamic youth project. They began the first Rediscovery camp for local youth at Lepas Bay on the northeast tip of the Islands.

Rediscovery staff, with the advice and guidance of Haida Elders, opened camp participants’ eyes to a renewed contact with the land and heritage around them. Wilderness activities, blended with native culture, served to develop and strengthen feelings of confidence and self-worth for native and non-native participants alike. Since they were integrated in a tolerant and respectful community, participants were free to learn from each other, the environment, Elders, guides and from themselves.

News of the success on Haida Gwaii spread quickly and there are some twenty-one Rediscovery camps in B.C., with other camps across Canada (including Alberta, the Northwest Territories and the Yukon) as well in the United States and Thailand.

Rediscovery continues to expand and touch the lives and hearts of people all over the world, in profound or subtle ways. Its success is a living tribute to countless people sharing a mission and coming together from many widely divergent communities. For more than two decades the Rediscovery family of camps has modeled ways for people to work together for the benefit of youth, the cohesion of their communities and the health of our planet. It is no simple undertaking.

A century of hatred between conflicting racial, religious, cultural and political groups is not something which disappears overnight. First Nation communities on the Pacific coast of Canada, which inspired the first Rediscovery programs, are still undergoing the healing process from two centuries of forced enculturation and oppression. On the other side of the Pacific we now see Japanese, Chinese, Korean and Thai youth starting to overcome ancient animosities through an expanded international Rediscovery program in Thailand. Recently, Rediscovery was called upon by a group in Belfast, Northern Ireland to share the secrets of its success in bridging the bitter divisions between Protestant and Catholic youth who are descendents of generations of bloody sectarian violence.

With the world’s population (increasing by 2.7 people per second) putting unprecedented demands on finite resources and testing the limits of human tolerance, and with the majority of humanity now residing in cities – more detached from Nature than ever before, the vision we’ve set for ourselves can often feel overwhelming. Helping youth “of all ages” discover the world within themselves, the cultural differences between people and the natural world around them. We have chosen for ourselves some rather all encompassing, and some might say too “pie-in-the-sky”, lofty goals. The amazing reality, however, is that we’re actually doing what we first set out to do: we’re changing lives for the better.
Look around you in your Rediscovery community and you will find at least one person whose life has become better because of their Rediscovery experience. Ask yourself if your own life hasn’t become more enriched through your association with the program. The good which comes into the world from even one life changed for the better must never be underestimated.

It is easy for all of us to get caught up on the petty, day to day issues which plague our own lives, our families, communities and nations, and lose sight of our broader vision to create a better world. We must constantly strive to model that vision in our personal lives, through our camps and our communities if we are going to affect the change we seek. Above all, we must not grow pessimistic or underestimate our impact. To think that one person cannot make a profound change in the world is to not understand the cause of human development – for it is the only thing that ever has.

And Rediscovery must always honour and celebrate our personal, community and cultural differences: if nothing else our diversity prevents us from becoming a cult. When one looks at the great range of Rediscovery programs from Haida Gwaii to Alberta to Colorado, from Austria to Thailand to Nepal one sees many similarities, but even more differences. It might be said that it is our likenesses in sharing a common vision that brings the Rediscovery family together, but it is our differences that keeps us together.

We need to see these differences as healthy in our dealings with one another whether it be at a Council Fire circle with participants, a camp staff meeting or a formal gathering with the Council of Directors. For in the final analysis it will be our differences more than our common ground that will provide the fertile soil for us to sow seeds of respect and understanding – the very soul of Rediscovery.

This ethos is built into all the work we do at Circle of Life Rediscovery, but we also run special adult training and talks in transformitive learning based on indigenous cultures and knowledge.

And, keep up to date with useful information about the natural world and our courses

This website uses cookies to improve your experience while you navigate through the website. Out of these, the cookies that are categorized as necessary are stored on your browser as they are essential for the working of basic functionalities of the website. We also use third-party cookies that help us analyze and understand how you use this website. These cookies will be stored in your browser only with your consent. You also have the option to opt-out of these cookies. But opting out of some of these cookies may affect your browsing experience.
Necessary Always Enabled
Necessary cookies are absolutely essential for the website to function properly. These cookies ensure basic functionalities and security features of the website, anonymously.
Functional
Functional cookies help to perform certain functionalities like sharing the content of the website on social media platforms, collect feedbacks, and other third-party features.
Performance
Performance cookies are used to understand and analyze the key performance indexes of the website which helps in delivering a better user experience for the visitors.
Analytics
Analytical cookies are used to understand how visitors interact with the website. These cookies help provide information on metrics the number of visitors, bounce rate, traffic source, etc.
Advertisement
Advertisement cookies are used to provide visitors with relevant ads and marketing campaigns. These cookies track visitors across websites and collect information to provide customized ads.
Others
Other uncategorized cookies are those that are being analyzed and have not been classified into a category as yet.
SAVE & ACCEPT