The Sacred Pipe – The Legend of the ‘Canupa’ 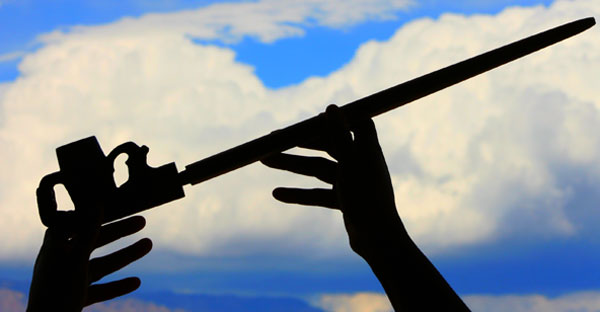 The Sacred Pipe is known as the Canupa in the Lakota language. The Canupa is an essential tool of connection. Of all the tools, it is the one which develops the deepest awareness. It creates an amplified connection with the intelligence that is commonly known as intuition. According to legend, the Canupa came to people a long ago in a time of great need. It was brought to the people to show how to live in right relation with the earth and all of creation.

The Lakota stories of how the Canupa came to the people hold important lessons and contain great wisdom, if one knows how to hear it. The following legend was told to me by Godfrey, my mentor. This story was passed to him from Horn Chipps, his grandfather. I now pass it on to you. 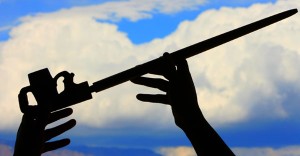 The Canupa came to humans back in the days when “the grandchildren were few.”

People were new to the Earth and did not know how to survive in this new environment.  They were dying. People did not yet understand the concept of sacredness, but they knew there were powers in this world. So they “sent a voice out” –  a prayer – to anything that would listen and respond to their cries for help.

An elder in the group had a dream.

The people’s cries for help had been heard. Help was coming. In this dream, the elder was instructed to send a young man into the wilderness to greet the help that was on its way. The elder told his dream to the people, and everyone gathered to hold a council.  During the council, they chose the best young man in the camp to go to meet whatever was coming.

The young man was made ready and walked out into the wilderness. As he left, another young man snuck out of camp and came to walk beside the first. This sneaky one was bad and only sought to benefit from the situation. The good young man allowed the bad one to travel with him into the wilderness as he looked for something, not knowing what.

After some time, they climbed a hill, where they could see out across the land. There they saw an object moving toward them, so they waited for it to come closer. As the object approached, they saw it was a beautiful young woman carrying a red bundle. Now, when the bad man saw this woman, he said they should rape her, because no one was around or would ever find out. The good one told this sneaky man to not say such things and to put those thoughts out of his mind, for she was “approaching in a mysterious manner.”

Finally, the woman reached the men and set her bundle down upon dried buffalo dung.  She told the bad man, “What is in your thoughts? Come do it.”

The good young man watched his companion go to the woman. A mist formed and covered them both. From within the mist, a scream like a dying animal resounded. The mist cleared and the woman stood there, but all that was left of the bad man was his bones. When the good man saw this, he was afraid and began to run away.

The woman commanded him to stop. She instructed him to have the people build a tipi with the door facing east, and that she would arrive at his camp when it was complete.  She told him that she was bringing something for all the people.

The man returned to the camp and told all that had happened, and explained what the people were to do. Over the next days the tasks were completed, just as this woman had instructed. When the people were done, the woman appeared, coming from the east towards the tipi they built. As she walked, she stopped four times and raised the bundle she carried over her head. After the fourth pause, she entered.

The people would normally have offered her something to eat, but at this time there was nothing but water with sweet grass dipped in it. After she took the water, she held council and gave instructions to the people. She presented the Sacred Pipe to the people and explained how they were to use it to pray. She also provided instructions on how people were to live upon the Earth in balance and harmony.

Before she left, she gave this warning: “If you ever do away with the Canupa, then a nation will be no more.”

After she completed her instructions, she exited the tipi and walked to the North. As she walked, she paused, and then wallowed in the dust four times. Upon the fourth time, she stood as a woman, and before the eyes of the people she turned into a buffalo calf and ran off to the North.

Just after the White Buffalo Calf Woman left, a man stepped forward. No one in camp knew this man or had ever seen him before. He also presented a gift to the people: the first bow and arrows. He then showed the people how to fashion bows and make arrows themselves. He taught them how to hunt and kill more efficiently.

From that day forth, as long as humans followed the White Buffalo Calf Woman’s instructions, they flourished in harmony with the Earth.

The Sacred Pipe brought life, and the bow and arrows brought death.  This is the balance.

A Man Among the Helpers.

Salvatore will be visiting the UK this Autumn and will be offering workshops and talks in East Sussex, Devon, Glastonbury and Scotland. To find out more and to read details of our Transformative Learning training commencing in 2016, please click here.